Rock of Gibraltar seen at the beginning of the Strait of Gibraltar sailing from the Mediterranean into the Atlantic ocean, in the past it was designated to be the legendary northern Pillar of Hercules. This is Europe. 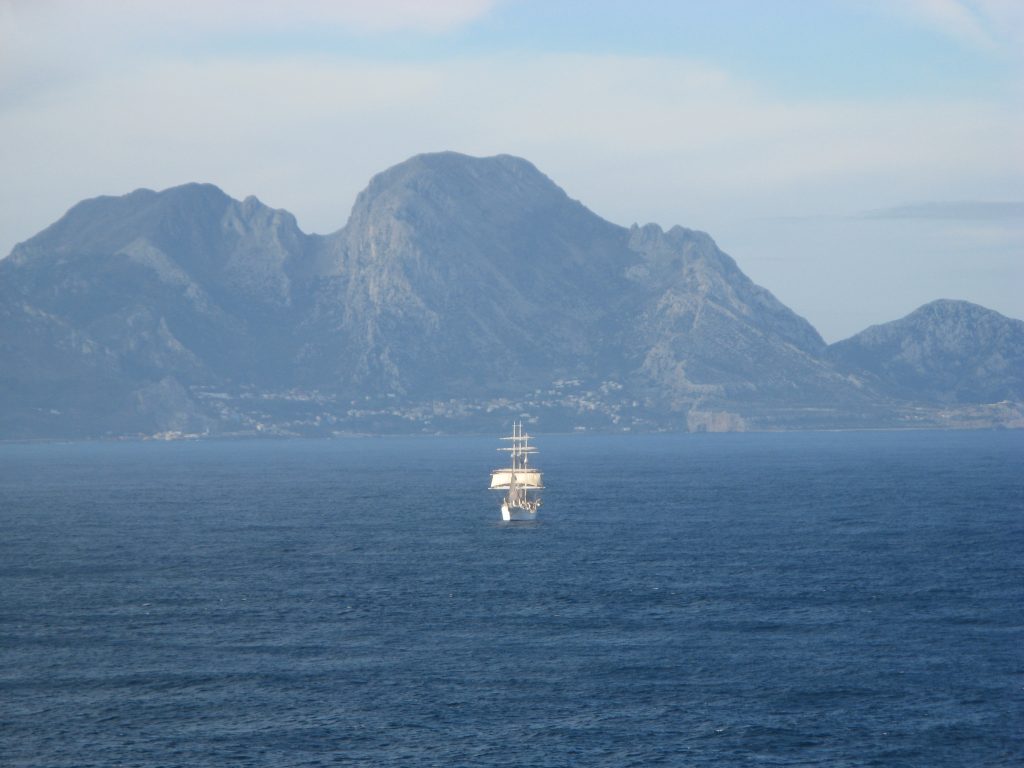 Jebel Musa,  i.e. Mountain of Moses, in the past identified as legendary southern Pillar of Hercules, sailing from the Mediterranean into the Atlantic ocean it can be seen to the left.  This is Africa. 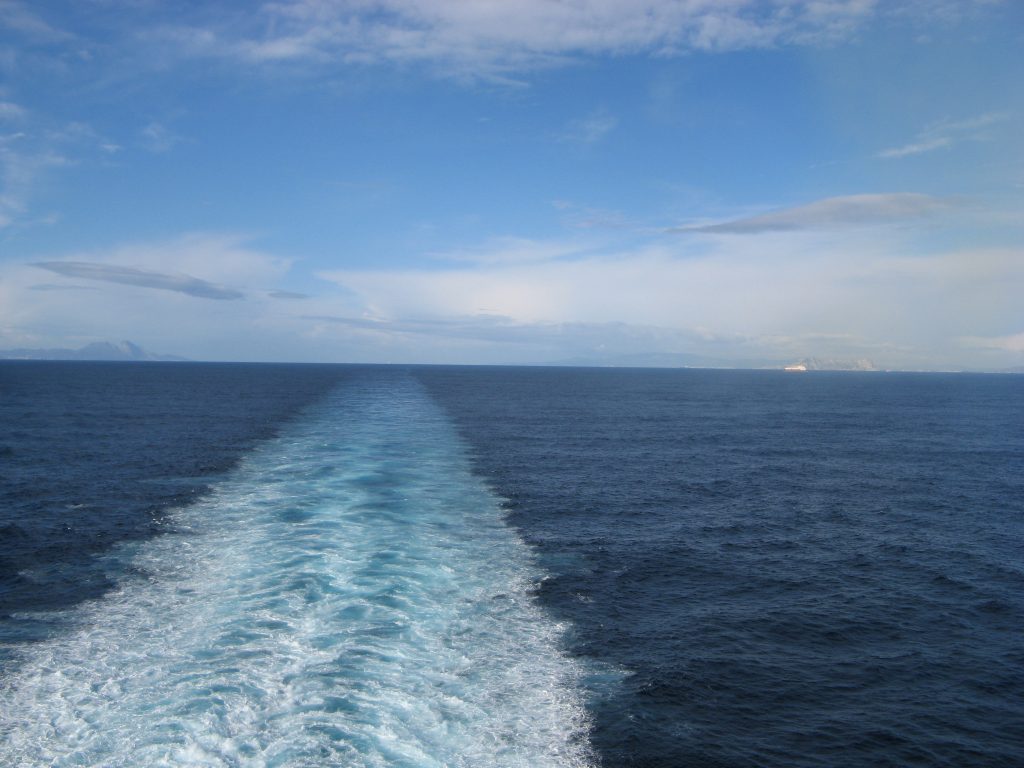 Jebel Musa, i.e. Mountain of Moses on the African continent can be deciphered on the left side of the photo,  the Rock of Gibraltar can be deciphered next to the white ship on the right and straigh ahead between of them the Strait of Gibraltar towards the Atlantic. Mountain of Moses and Rock of Gibraltar were considered to be the legendary Pillars of Hercules and it was claimed that there was nothing behind them – Non Plus Ultra. It was the edge of the Earth 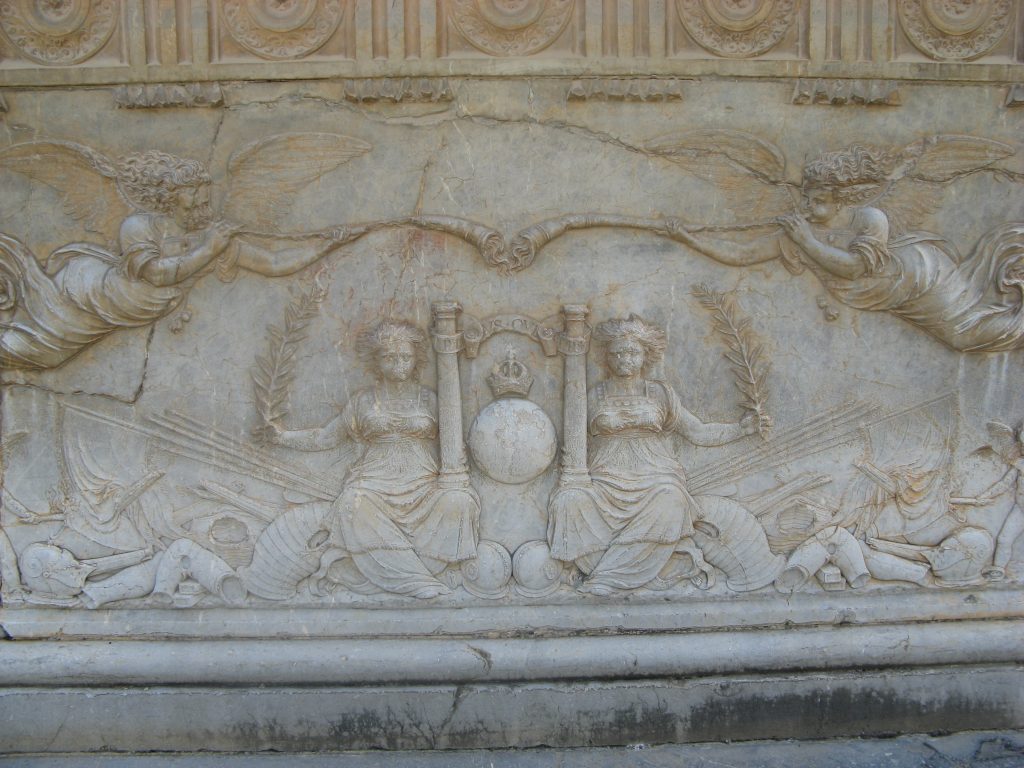 This marble bas-relief in Alhambra in Granada depicts the Pillars of Hercules and the band connecting them  originally had NON PLUS OULTRE inscribed on it = Non Plus Ultra, i.e. that there is nothing behind them.  However, when Columbus had discovered Amerika,  and it was found out that there was something more behind it, NON was erased, i.e. PLUS OULTRE remained. The Pillars of Hercules are part of both the coat of arms and the national flag of Spain